This is the first of two posts that I hope will chronicle my experiences at the most awesome event that I attended between September 18-21, 2014 at a camp nestled in the mountains of northern Georgia. This inaugural event was held by Steve Kamb and the crew at the website NerdFitness plus some awesome teachers who educated and motivated us to be the best person physically and mentally that we can be.

I am a Nerd Fitness Rebel, and today is the first day of the rest of my life. I shall make no excuses and hold no grudges.

I care not where I came from, only where I am going.

I don’t compare myself to others, only to myself from yesterday.

I shall not brag about successes nor complain about my struggles, but share my experiences and help my fellow Rebels. I know I impact those around me with my actions, and so I must move forward, every day.

I acknowledge fear, doubt, and despair, but I do not let them defeat me. I pledge my life and honor for the Rebellion, for this day and all the days to come.

Besides all of the awesome articles written by Steve, there is an active community of “Rebels” at The Rebellion. (In the forums, I am wxstormer). For a small fee, there is also another group known as the Nerd Fitness Academy for more intensive discussions and help along the journey.

So how did I like the weekend? Like most of the other participants, I think it was the best weekend of my life. I wonder why I struggled with the decision to actually attend. I wavered for a few months - should I go or should I stay? It took my last hospital stay to throw me into the “should I go” side. For those who don’t know, I need to lose a fairly substantial amount of weight to have a surgery that should hopefully fix the issue that has been causing me to spend so much time in the hospital for the past three years. Plus I hate the way that I look. Those were the motivating factors that caused me to commit to going on the trip and to join the Academy.

On my fitness journey, I have a goal to lose just about 150 pounds since my starting weight just under 400 pounds at the end of March 2014. I have lost almost 50 pounds in the subsequent months and still have about 100 more to lose. So my first fear to conquer was flying. I have not flown anywhere for about 6 years, so I was concerned about what my experience would be flying on the plane. So I’m happy to note that I was able to fly to and from Atlanta on Delta using the provided seat belt (no extender necessary). That was awesome. But then the hard part started. I’m an Aspie and I have trouble being in social situations. So once I landed in Atlanta, I found the group waiting to board the shuttle and kept circling it and thinking “should I” or “I shouldn’t”. This is a classic problem for me. Generally I answer “I shouldn’t” and go hide in a corner and try to blend into the background. However this trip was designed by me to force me past by barriers and to push me way beyond my comfort zone. I found that the article “Do stuff That Scares You” is the tactic that I used for the weekend (“Stuff” isn’t the word that is in the article, but this is a family friendly blog) as well as some Social Skills and Confidence articles from the Academy. So I picked and chose my place and entered the group. It was hard but worth the effort. I found that everyone was welcoming and friendly. Crisis-averted. The camp was held at Camp Ramah Darom located to the northwest of Clayton, GA nestled in the foothills of the Blue Ridge Mountains 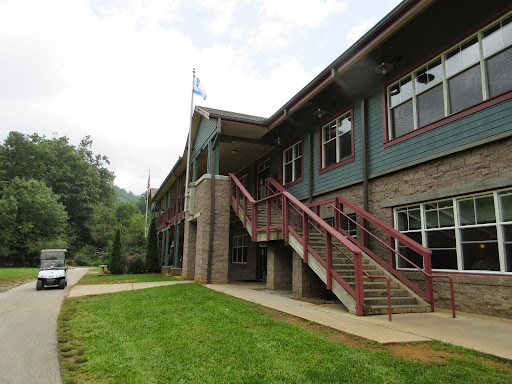 What did I do?

What do I wish I could have done?

We had Paleo meals prepared for us three times a day with a snack in between. It was my first full time exposure to Paleo. I had to OD on fruits to keep my sugar levels at a safe level because there was no sugar seen. Plenty of tea, almond milk, and coconut milk was available. I was a bit worried about food, but for the most part this concern was unfounded. We were given a choice of various options for sleep at night - you could have a full cabin experience, a semi-private cabin room, or a hotel room. I opted for the semi-private, but I will probably do the full cabin experience next year. 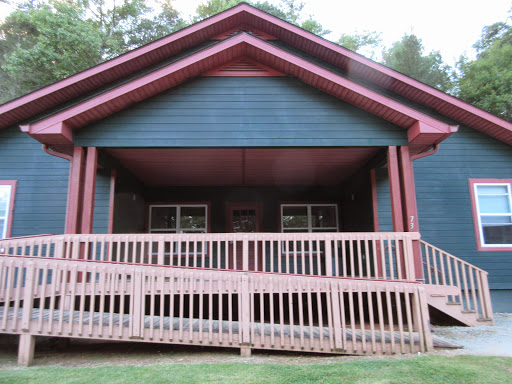 So what was awesome? Everything. As others have said, everyone seemed like family.. Other than my self-imposed isolation at meal times, I felt like I was around lifelong friends although we all had just me just days earlier. This is what I call a life transformational event (more on that in the second post). I miss camp and wish I could be back.

Will I go back again? Yes. It was already decided that there will be another event next year and I expect many of the attendees from this year to attend. In the meantime, I’m going to take part with some of the local events (again, see the second part of this post).

Should you go? If you can hang out with a group of geeks and nerds (and if you read this blog, it is probably applicable), then yes, you should go. You’ll leave learning something.

See this for links to public photo galleries.

I AM A HERO

I have a OneNote file setup available here that has the resources I learned from at Camp. I’ll migrate it eventually to the final setup we workout. If you are a camp participant, look at the Alumni Page on FB for a link that will let you edit it (or email me).

If you are an attendee and want a link, email me or message me on Facebook. If we aren’t friends already, feel free to add me…

All pictures with the watermark were taken by Will Byington Photography. The other photos were taken from my collection in my Camp Nerd Fitness Picasa Gallery.