Hey everyone out there who maybe reading. Yeah, I lagged a bit in posting. It has been a busy year. I am backfilling posts with concert media, so keep an eye for some older posts. I’m using the date of the actual activity for the post. I also enabled the Events tab that links to my Google Calendar. At some point in time, I need to migrate my Photos to a different service because Google has decided to make third party access as difficult as possible for no good reasons. Read More
Last night, the San Antonio Symphonic Band performed it’s Early Spring 2018 Concert at Providence Girls School. The program included Gallant Seven, Chorale and Alleluia, Liberty, Folk Festival, Gerona, The King and I, Procession of the Nobles, Second to None, WW1 Medley and closing out with Salute to the Armed Forces and Stars and Stripes Forever. What is extra awesome is that the first eight songs were done with only 4 rehearsals and some of these are hard Grade 5’s… We will be playing these and two more songs for the San Antonio Tricentennial Concert on March 4. Read More
Video from tonight’s concert featuring the Comal Community Band and the Canyon Cougar Balladiers for the New Braunfels Music Study Club at the Cross Lutheran Church Gym (February 1, 2018). This was taken with my phone from the stage, so the audio is a bit overdone at particularly loud parts. Also this was my first Youtube Live… MSC Concert Read More
I recorded videos of the American portion of the Comal Community Band concert on June 4, 2017 in Seguin, TX for the Seguin Concert in the Park Series. Ronald Avery did a full Livestream of the concert, but much of the audio is muffled. This video can be viewed at https://livestream.com/accounts/268713/seguin-central-park-concert/videos/157572962 El Camino Real Midway March World War I Medley Jersey Boys Amparito Roca All Shook Up Big Fun in the Seguin The Homefront Washington Post/Stars and Stripes Forever Read More
In 1988, the University of Texas Longhorn Band released an audio cassette (yes, not a CD - a regular cassette tape) of a lot of the traditionals. Here is a reproduction of that original tape recording. I have the tape somewhere, but this collection came from one of my trombone brethren (but I can’t seem to find the original site on the internet now-a-days). Read More
This is a quick PSA (Public Service Announcement) to go check to see if your email address is included on the recently released-to-the-public Anti Public Combo List or the Exploit.in list. I was listed in the Exploit.in list. Note that if you are on the list, you generally did not do anything to cause yourself to be on this list - a website that you used was compromised and the account database was added to list. Read More
Let me back up a little bit before I continue to stroll down my Longhorn Band memory lane. Before my time at the University of Texas, I was a lowly naive bandsmember of the New Braunfels High School Unicorn Band. New Braunfels is the only school in the world to have a Unicorn as a mascot. And it is a manly unicorn at that - not like the pleasant Unicorn you see in the Squatty Potty commercials. Read More
In 1993, Longhorn Band issued a CD (yes, old school) containing songs from shows from 1989 to 1993. I was in LHB for most of those years. However, this disk is no longer available from any source that I can find except for the University of Texas Libraries. For the purposes of fair use, I am posting my copy online. All rights belong to the University of Texas at Austin and the University of Texas Longhorn Band. Read More
This is a start of a series of threads that I will post concerning my time with the University of Texas and the Longhorn Band. In the Fall of 1990, I began my journey at the University of Texas at Austin. An integral part of my experience was when I joined the Longhorn Band. In 1990, I was just a little “fish”, but made friends that I will have for the rest of my life. Read More
This is a technical post meant for other geeks, so please feel free to skip it unless you are interested in Hugo, Static Site Generators, Theme design, and the like. This website is currently generated by Gitlab using the publysher/hugo docker module and using Hugo 0.19. I migrated this website from Ruby-based Jekyll, which was migrated over from Wordpress. In 2010, I combined two different weblogs on Wordpress into one - my Personal Blog (www. Read More 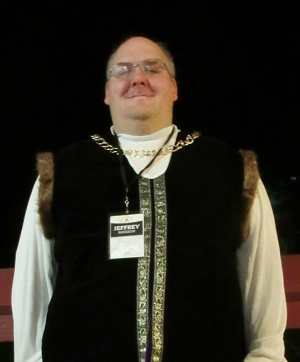